Today I have reported a wheelie bin of rubbish tipped over the tennis courts at Stirchley Rec, a pothole in Beaconsfield and two dumped sofas in Beaconsfield. 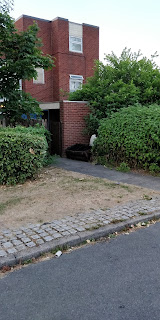 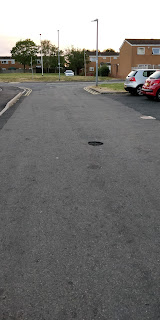 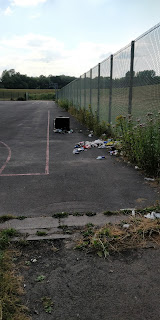 I haven't updated this blog for a while, I've been busy getting things done and not really talking about it much. I'll make more of an effort to keep this blog updated so you know what I'm doing.

I chased up the repairs to the potholes on Stirchley Lane yesterday which I reported back in March. The case had been raised for the pothole repairs and passed to contractors who painted round the holes and then closed the case. I've had an email from Telford & Wrekin Council today advising that temporary repairs had been made to the larger potholes this morning to make the road safe and that it will be resurfaced in August.

I have also followed up on what must have been a temporary repair to the speed hump on Brookside Avenue between Brindleyford and Brackenfield. The repair has left a lump on the side of the speed hump which will undoubtedly be causing damage to cars and isn't going to survive long being driven over.

I reported a few potholes this morning and let people know on Facebook to avoid duplication. There were quite a few comments about other potholes so I decided to do a tour of Brookside to see if there were any others. There were one or two ...

I also spotted some fly tipping ...
My inbox is now full of reference numbers from Telford & Wrekin Council!

Your children are not going to lose their free school meals

Are you worried about losing free school meals? You probably don't need to be.

Labour are busy spreading the word that the evil Tories have voted to take food out of the mouths of a million poor children but actually that's not true. What they have done is vote to lower the amount you can earn and be able to claim free school meals in the future.

No child that currently gets free school meals is going to lose them under this change unless your circumstances change and you're no longer eligible under current rules. If you apply for a child at some point in the future (I'm not sure when the change comes into effect) then you will be assessed on the new rules.

So what can you earn in future? £7,400 per year. That doesn't sound like a lot but with the benefits you will be entitled to on that income that becomes about £24k a year which is about £2,300 more than the average salary in Telford.

Where did the million children figure come from? Well, not from research by the Labour Party. It is, in fact, an estimate by the Guardian newspaper!

The cost of providing free school meals to all primary school children in England is estimated at about £800m per year. On top of that the British government would have to give Scotland, Wales and Northern Ireland an extra £150m between them because they get a share of any money spent in England (but not the other way round of course). So it would cost £950m a year in total to give all primary school children free school meals. Or to put that into perspective, the amount of foreign aid we give to Nigeria and Pakistan which are the 21st and 24th largest economies in the world according to the World Bank.


Cutting the number of children eligible for free school meals is a bit of a crappy thing to do when the cost of living is rising faster than wages but it isn't depriving anyone of what they get now and you need a pretty decent income by Telford's standards to hit the cap. If you do find yourself struggling for food because of this rule change or for any other reason then you can contact Telford Crisis Network who can help you with the food bank and point you in the direction of people who can help you sort out your finances. If you have already been to the food bank and reached your self-referral limit and are still struggling then get in touch with me and I can make a referral.
Posted by wonkotsane at 22:30

I can no longer represent UKIP as a councillor

Yesterday I went to Birmingham for an extraordinary general meeting of UKIP where we voted on a motion of no confidence in the leader, Henry Bolton.

I didn't vote for Henry Bolton during the last leadership election, nor did I vote for any of the other candidates. Henry winning was the result I was most happy with even though I didn't actively support him.

I voted to keep Henry as leader yesterday because I believed he was the best UKIP had to offer in terms of a leader. The party cannot afford a leadership election, either politically or financially. Unfortunately, 63% of the people at the meeting disagreed and voted him out.

I respect the outcome of the vote as much as I disagree with it but it has put me in a difficult situation. The National Executive Committee (NEC) has added to the long list of extremely poor decisions it has made recently by appointing Gerard batten MEP as interim leader of the party. Gerard recently described Islam as a "death cult" and gay marriage "a nightmare". It is rumoured that he will appoint as party chairman a man who believes being gay is a mental illness that can be cured. That's not acceptable for me.

I cannot, in all conscience, represent UKIP when it is led by people who hold so many views that I disagree with and who have behaved in such an unprofessional and incompetent manner in the last few weeks. I therefore resigned the whip last night and am no longer a UKIP councillor. Whether I remain a member of the party depends on what happens in the next few days. 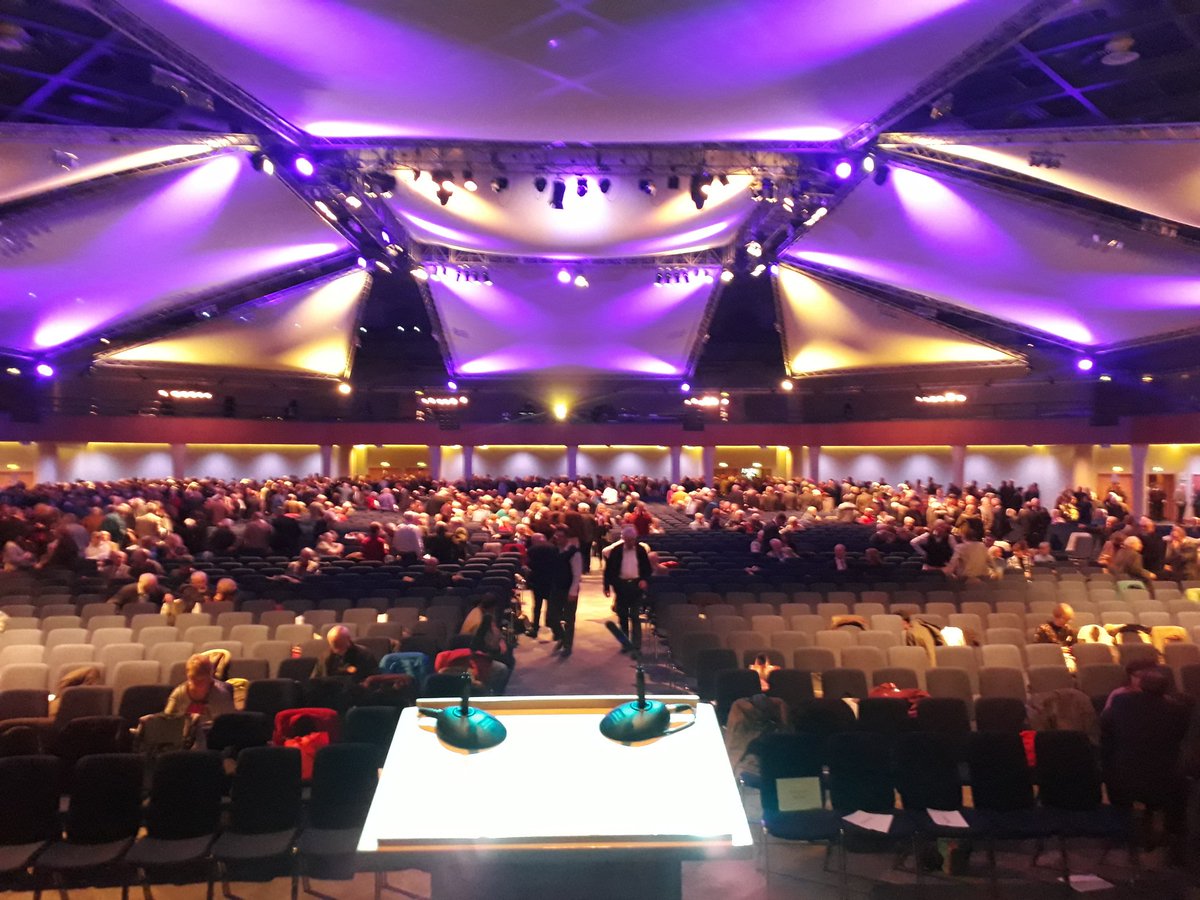 Email ThisBlogThis!Share to TwitterShare to FacebookShare to Pinterest
Labels: UKIP

I have had a call today from an officer at Telford & Wrekin Council regarding the state of the football pitches at Stirchley.

The pitches have been unplayable since before Christmas due to being so waterlogged. This has resulted in a number of cancelled games for Randlay Colts who play home games at Stirchley and local residents being unable to use the pitches.

TWS will be asked to carry out earthquaking on the pitches as soon as they are able to get a tractor on them without damaging the ground further. They will also light roll the pitches to flatten them out as they have become quite uneven. 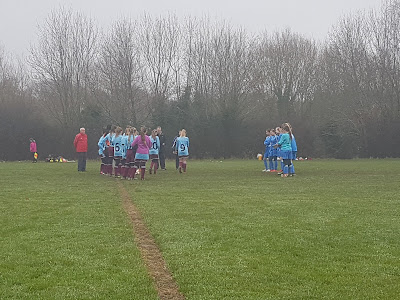 The British government say that 60% of new cars must be electric by 2030. That's just 12 years away. By 2040 they must all be electric. How well prepared is Telford & Wrekin for the electric car revolution? Not at all!

If every public charger in the borough (including those at Shifnal services which is just over the border) was in use at the same time just 10 electric cars and 4 Teslas would be on charge. The two car dealerships that have chargers for customers adds another 4 and there are another 4 Tesla chargers yet to be turned on.

There is a fund for electric charging facilities provided by the British government that local authorities can tap into. There is £4.5m of this fund unclaimed!

The new local plan for Telford & Wrekin has been published and in it developers are "encouraged" to provide electric charging facilities but only where it doesn't affect their profits. Clearly developers are not going spend money where they don't need to. The local plan was an opportunity to require electric car charging facilities in all new developments over a certain size and it has been squandered. By the time the plan is reviewed again the borough will be years behind other local authorities. 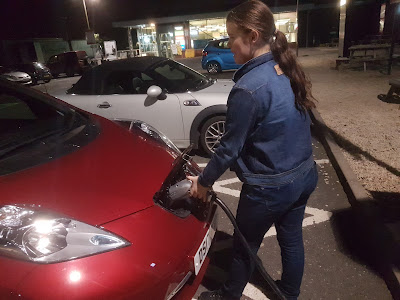