Earlier this month Telford & Wrekin Council published a report on child sexual exploitation. The figures were shocking - we have the highest rate of sex offences against children in the country. Against a national average of 6.4 sex crimes against children per 10,000 people Telford & Wrekin has 15. That's worse than Rotherham and Rochdale which have been all over the news in the last year or two.

The report is pretty lengthy and the council clearly want to do something to get off that top spot but can they do that if they don't understand the profile of the offenders? The relatively low number of Asian offenders (compared to other more notable child abuse hotspots) is quite prominent in the report but the offenders are only broken down into "white", "Asian" and "black". Bearing in mind the demographics of Telford's population, the "white" offenders are most likely to be English or eastern European. They could be a fairly even mixture of both or predominantly one or the other. The report doesn't make the distinction.

Why is it important to know? Because the way you tackle child abusers needs to be tailored to what drives them to do what they do. Sexual exploitation of women and children is more prevalent in eastern Europe and there is a cultural difference in the way that women are treated and the way they expect to be treated. In some places no doesn't necessarily mean no unless it's pretty aggressively expressed and the age of consent is less important than it is here. The cultural aspect can't be ignored if the offenders are primarily eastern European because it means there is an extra step in the preventative action the police and social services take in challenging cultural norms in specific communities. If they turn out to be predominantly white English then it is a clear case of predation because there is no cultural acceptance of sexual exploitation in white English communities and prevention is more "straightforward" detection and intervention.

I asked the council for a breakdown of the offenders in the report by ethnicity code but they don't have that information because the police had already aggregated the ethnicity to create the "white", "Asian" and "black" categories. I have now requested that information off West Mercia Police and assuming they don't find a reason to refuse to provide the information I will provide an update in due course.

Stirchley & Brookside Parish Council have been named council of the week by the National Association of Local Councils thanks to the great work the council does working in partnership with the community and the borough council.

Here's what they had to say about our parish:

Stirchley and Brookside is a diverse parish with densely populated areas within the Brookside Avenue ring road, estates and larger properties in Stirchley and Holmer Lake as well as listed buildings in Stirchley Village. There are two local centres and good links to the town centre. The extensive green network including the Madebrook Local Nature Reserve and Holmer Lake are highly valued by residents.

The council has a long record of working innovatively with partners to improve services for residents; including working with Telford and Wrekin Council establishing the parish environmental team, developing a co-location working model at The Sambrook Centre, partnership with the Allotments Association reducing costs for improvements and repairs. The council is also the Locally Trusted Organisation for Brookside Big Local. Council and staff have a real can-do attitude.

The councils gardening scheme helps over 100 elderly residents who are unable to manage their gardens. For some residents having a visit from ‘the boys’ is a real highlight. In the winter the team undertake additional work to improve the environment, they also look after the parish owned bus shelters, two play areas, a skate-park, BMX track and closed churchyard. Three youth clubs are a run by the council’s youth workers, one in each of the district centres for 5-11 year olds and another for over 11’s.

Throughout the year the council runs a series of events. Each spring local schools, the Allotments Association and councillors grow small plants, residents are invited to ‘pot their own’ to take home and grow on. Advice is on hand from gardeners, composters, Shropshire Wildlife Trust and there are plenty of activities for children. The event is put together with partners from the local authorities, other community groups and residents. December is a very busy month for the council with Christmas parties and fairs, again organised with community groups and other partners. The pensioners Christmas party is an institution with over 200 local pensioners enjoying a meal and entertainment at a local hotel.

The council has been quick to recognise that by working with partners they can together improve services to the community. The parish environmental team is a joint project with Telford and Wrekin Council, which has increased the capacity for delivering environmental services to resident; it is more flexible and cost effective as the councils is able to respond quickly to issues without the need for work orders. It also gives the council the opportunity to employ an apprentice. The council has been working closely with Telford and Wrekin Council to ensure that the library service remains in Stirchley and that the building is available for community use

The Sambrook Centre is located in the local centre at Stirchley. In 2011 cuts meant that Telford and Wrekin Council needed to close some of its quieter libraries in local centres. It was originally a pragmatic stopgap to retain library services in the community and to reduce costs for the council. The Sambrook Centre has developed into a community hub; meeting the needs of residents of Stirchley and Brookside Parish. The council has recently agreed to purchase the centre ensuring its future. So successful was the idea of co-location for delivering services been, many other local councils in the county are using the model as a cost saving, service saving opportunity.

Campaigning in Dawley and Southwater

We had a great turnout for a +Vote Leave table day in Dawley this morning with +UKIP Telford & Wrekin, Conservative and non-political supporters.

Everywhere we've been in Telford so far we've had the same response - people are overwhelmingly in favour of leaving the EU - and Dawley was no different. Almost every person we spoke to will be voting to leave.

While we were in Dawley we found out that Labour had been to Southwater with their Project Fear bus and Tom Watson MP. We had been told by the council that they had changed their policy on campaigning in Southwater since last year when they allowed Labour and the Green Party to do their election campaigning there and that we weren't allowed to hand out leaflets in Southwater. As they've allowed the Labour Party to drive a bus into Southwater and Project Fear were handing out leaflets we're assuming they've changed their minds again and a few of us popped over to Southwater with some leaflets.

By the time we got to Southwater the Project Fear bus had departed and the Labour Party faithful had all disappeared leaving just one slightly aggressive lady and a Tory councillor to hand out their leaflets. The Project Fear leaflets weren't very well received - people were crumpling them up into balls and throwing them away whilst one young lady ripped hers up and came over to ask for a Vote Leave leaflet.

The response in Southwater was once again very positive with only a few people saying that they were planning to vote to stay in out of the hundreds of people we spoke to. What is interesting is that we've been getting the same response from ethnic minorities as we are from "native" Telfordians. Everyone is concerned about jobs, uncontrolled immigration, the economy and sovereignty. 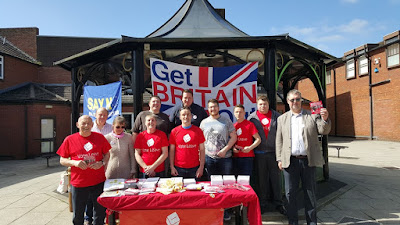 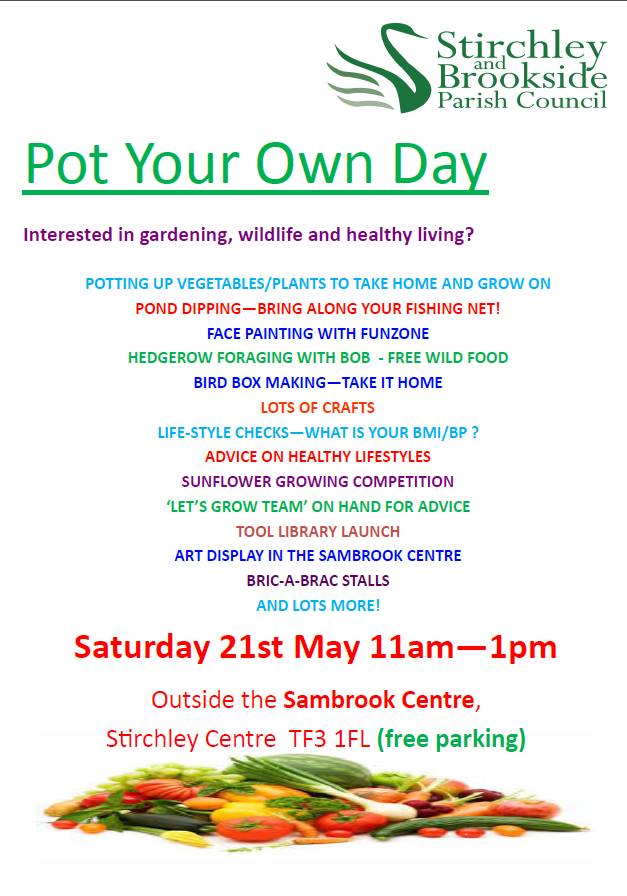