Tonight was the Annual Electors' Meeting for Stirchley & Brookside followed by the first meeting of full council since the election.

The parish council has been supporting efforts by a young Stirchley resident by the name of Luke to tidy up the area around Stirchley skate park and to put on a big skateboarding event on 13th June. Apparently the skate park at Stirchley is quite famous amongst skateboarders and is considered to be one of the best in the country. Luke has set up a community group with the help of Community Organiser, +Leigh Ricketts, called Youth of Today, Adults of Tomorrow. You can help him in his bid to secure funding to improve the park by supporting his bid for a share of Aviva's Community Fund.

At the full council meeting I was voted back onto the Neighbourhood Services, Planning, Policy & Resources, Emergency and Personnel committees. One of the points I raised at the meeting was regarding parking outside both primary schools in Brookside. There is persistent illegal parking on the zig zags outside Windmill School and irresponsible parking opposite the school entrance at Holmer Lake. Certainly at Windmill School, taxis are repeat offenders with the same cars parking illegally and dangerously outside the school gates. 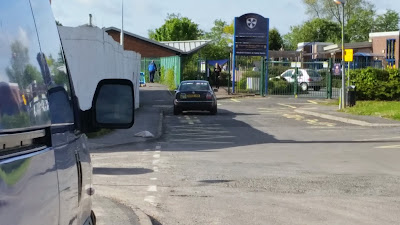