Officially a candidate for the election

My nomination papers were accepted yesterday and I'm now an official candidate for Brookside ward for both Stirchley & Brookside Parish Council and Telford & Wrekin Council.

Labour have only lost two elections in Brookside - once in 2007 when the Tories took control of the borough council and once in 2013 when my colleague, Cllr Lynda Hogger, beat Labour borough councillor Nathan England in a by-election. Losing the 2007 election here forced the Labour administration to start undoing the three decades of neglect under their watch and we're only now seeing changes with the new shops opening and the refurbished community centre about to be re-opened. This doesn't make up for the last 30 years though. The physical and social generation of our estate has to continue if we're going to tackle antisocial behaviour, poverty and unemployment in our community.

I've worked hard for Brookside and Stirchley over the last few years, not because I think it will look good to voters or because there's a photo opportunity but because I want to change the place I live for the better. I don't crave the limelight, I don't let politics cloud my judgement and I don't stand on other peoples' shoulders. If something needs doing I'll do it and if I can't do it myself I'll find someone who can.

Being a parish councillor for this last 4 years has helped me to help other people. Information flows more freely and things are done with more urgency when you're a councillor and while I firmly believe that everyone should be entitled to that same level of service, at least I have the opportunity to use it to make things happen when it turns out they don't.

I've done a lot as a mere parish councillor but I could do even more as a borough councillor. Hopefully I'll get that opportunity next month! 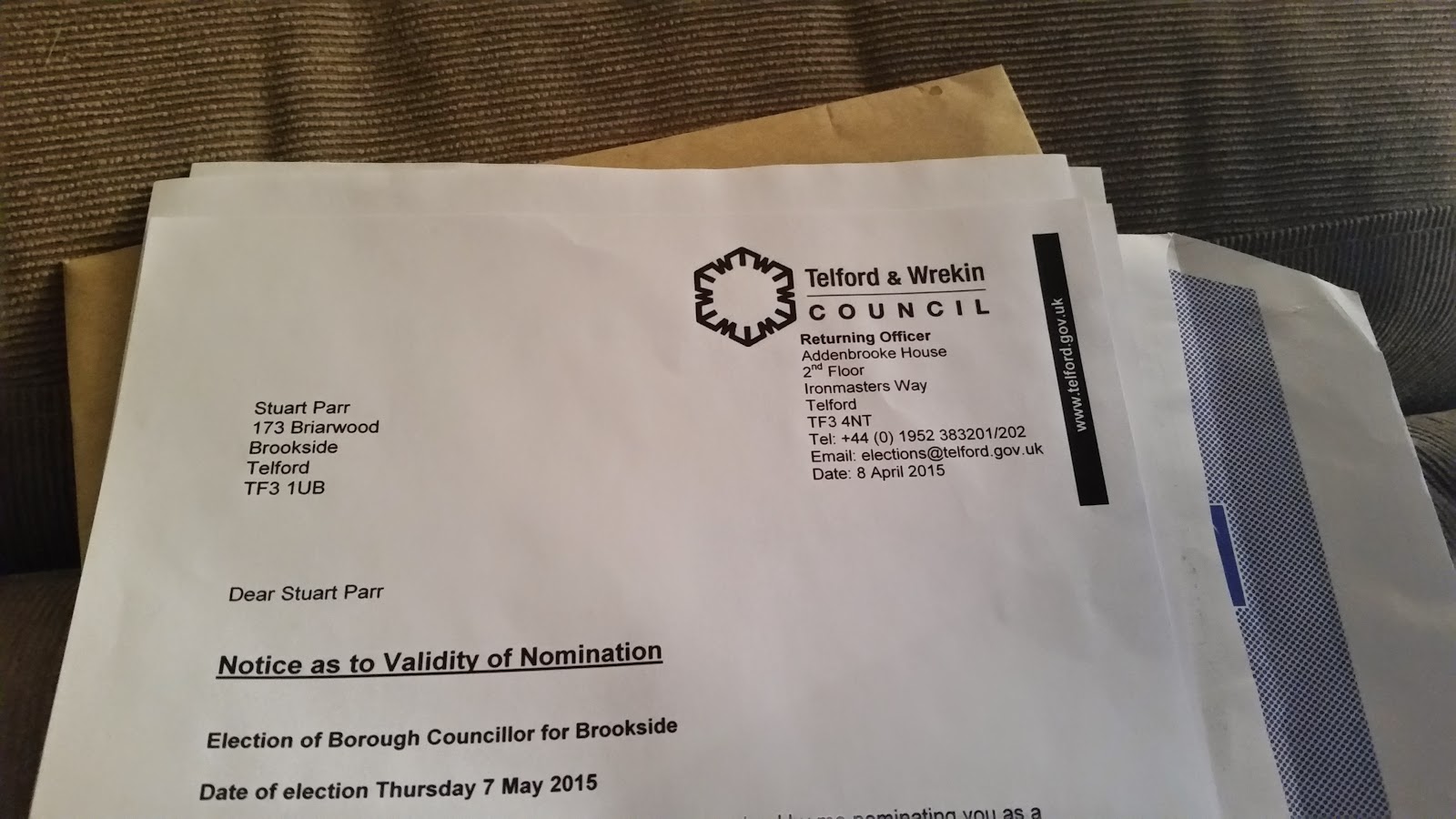