A resident asked last week if anyone could help with getting some lighting installed on the ramp outside Stirchley Medical Practice so I've made some enquiries.

The area outside the medical practice belongs to Telford & Wrekin Council and has previously been lit by lights on the school. The lights are now broken and the school doesn't intend to fix or replace them as it's being demolished next year.

Telford & Wrekin Council streetlights team have said that the council doesn't have an obligation to light the ramp even though it represents a health and safety risk because they haven't lit it before and they don't intend to light it either.

Clearly this is unacceptable because it leaves elderly and vulnerable people visiting the doctors and pharmacy at risk of injury. The patient's liaison group wrote to the council in May asking for the lighting to be sorted, there is no excuse for it to still be in darkness in December.

I have spoken to Cllr Hilda Rhodes, the cabinet member for highways, today whose remit includes street lighting. She has promised to look into it and get back in touch to let me know the outcome. 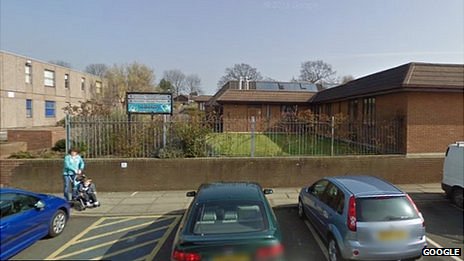