Anyone at a loose end tomorrow can pop down to Brookside Community Centre where local resident Tracey Bodden has organised a charity family fun day.

There's a bouncy castle for the kids, firemen for the ladies, stalls, a raffle, tombola, glitter tattooing and more.

It's great to see local residents organising events in Brookside so please make sure all the hard work and stress that's gone into organising the day doesn't go to waste by popping along between 10am and 2pm.
Posted by wonkotsane at 18:33

Telford & Wrekin Council hurriedly put up a flag pole over the weekend wedged (literally) in the hole left by the Christmas tree outside Addenbrooke House.

Yesterday the British flag was flying from the pole.  Bearing in mind that Telford & Wrekin have cancelled the annual St George's Day celebrations and replaced it with a non-descript, meaningless "summer festival" I cynically assumed they had put the British flag up either as a deliberate snub to St George's Day or out of ignorance.  And with good cause I think.

So, I contacted the council on Twitter and they replied to say they would fly the English flag today to mark St George's Day.  True to their word, the flag has been changed this morning: 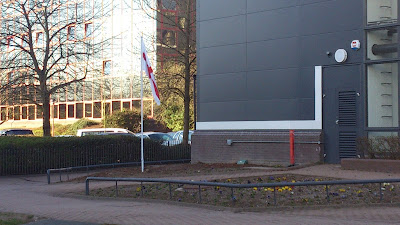 The British Department for Culture, Media & Sport is responsible for producing guidance on which flags should be flown from public buildings on which days but their guidance is not statutory - in other words, it is nothing more than guidance and not legally binding.  There is therefore no reason why the council can't fly the English flag outside its offices every day of the year.

If you'd like to see the English flag flown outside the council offices all year round and not just on St George's Day then tell them.  You can email contact@telford.gov.uk, tweet them @TelfordWrekin, contact them via +TelfordWrekin on Google+ or via the Telford & Wrekin Council Facebook page.  Or even better, all of them!
Posted by wonkotsane at 09:00

I took advantage of the last of the sunshine this evening and went for a bike ride around Ryton Avenue, back to Brookside and round by the park and the shops.

I've reported the following issues that I saw while I was out:


I also took a picture of the building works that have started by the shops.  I think it'll be nice to keep a photo record of the way Brookside changes with the regeneration work.  This picture is a bit over-exposed but the sun was dropping behind the shops so I had to crank the brightness up. 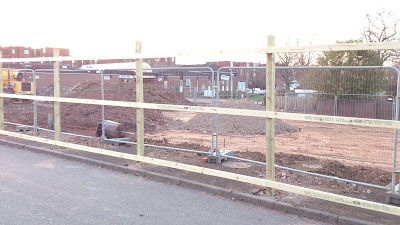 I also took another picture while I was out and about - I didn't expect to a German flag flying outside someone's house in Beckbury Drive so I had to get a picture of it.  You can't see the coat of arms on the flag and I can't remember exactly what it looked like but it's either the German state coat of arms or the coat of arms of the Weimar Republic.  It would be interesting to know what the story is behind it. 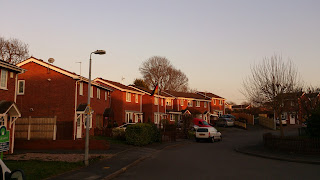 Anyone looking forward to this year's St George's Day celebrations in the Town Park is going to be disappointed - it's been cancelled.

According to Telford & Wrekin Council's Arts & Culture Service Manager, the number of events the council puts on has been scaled back due to budget constraints and St George's Day has been cancelled.  Instead, they want to start an annual festival in the park during the summer.

The Stone Cross St George's Day parade in West Brom regularly attracts over 25,000 people who parade through the town and finish up in Dartmouth Park for music, entertainment and a market.  The parade attracts people from all over the country and provides an enormous boost to the local economy.

Since the council moved from the civic offices to Addenbrooke House, they don't even fly our national flag any more and now they've decided that our national day isn't important enough to celebrate.  There are six flag poles on the entrance to Ironmasters Way where there the council's new offices are so there is no shortage of opportunities to fly the flag and if there is money for a summer festival, there is money for St George's Day.

The Stone Cross St George's Day parade is organised by local residents and funded from donations after Sandwell Council, like Telford & Wrekin, decided that our national day wasn't worth celebrating.  If that's the only way our patron saint's day will be celebrated in Telford & Wrekin then we will have to organise future events ourselves.  If you'd like to be involved in organising a St George's Day event for next year then please get in touch.
Posted by wonkotsane at 18:41

My wife found a car key today in one of the car parks by Beaconsfield flats.

If you've lost a key in that area then please get in touch with details.
Posted by wonkotsane at 21:44

Margaret Thatcher died peacefully this morning after suffering a stroke.

Baroness Thatcher was a controversial character, loved by the right and viciously hated by the left.  She started off well but during the later years of her term in office the line between strong leader and stubborn dictator were blurred.

While there will be partying in the streets by left wing politicians and trade unionists, most will be saddened by her death.  I grew up in a household that suffered by Thatcher's later policies and she was certainly far from popular in our family but as time has gone on it is clear that her successors all, without exception, pale in comparison.  I would rather endure a decade under Thatcher of old than a year under these LibLabCon cretins.
Posted by wonkotsane at 13:35 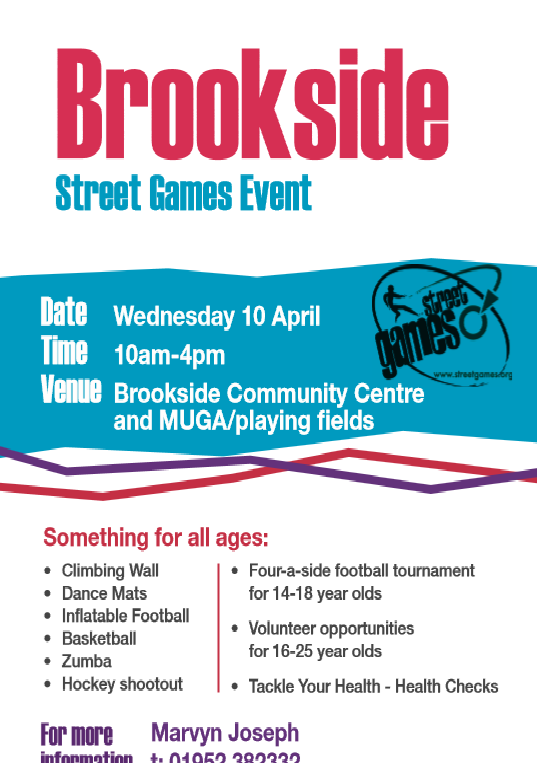