So far this week I have reported persistent fly-tipping in Briarwood, potholes in Beaconsfield (again) and Bembridge (again), the obscured school no parking lines on the road outside Windmill School and the building company at Brindleyford not keeping the road clean and parking lorries on brookside Avenue causing an obstruction (again).

Residents have reported the fly tipping in Briarwood several times but got nowhere.  The culprits are believed to be known so hopefully enforcement action will now be taken quickly.

Telford & Wrekin Council partially resurfaced Beaconsfield outside the entrance to Windmill School a couple of weeks back after I brought the poor state of the road surface to their attention.  They didn't repair the large potholes at the entrance to Beaconsfield though and when they resurfaced the road they tarmacked over sections of the zig zags outside the school entrance instructing people not to park there.  Some parents have taken the opportunity to start parking outside the school gates despite the obvious safety risk to their and other peoples' children.

The council also filled a pothole I reported to them that had appeared around a drain on the junction of Bembridge and Brookside Avenue but left the smaller pothole a few feet away which has now developed into a larger hole with the bad weather.

Finally, the company building houses at Brindleyford haven't been keeping the road clean as they are required to and despite being contacted by myself and other residents, are still allowing their lorries to line up on Brookside Avenue while they wait to be called on site causing an obstruction.  They have stopped parking opposite the road junction and bus stop but are still parking in a line making it difficult for other road users to safely drive around them.  I think everyone understands that the lorries can't all go on site at the same time because it's too small and I'm sure everyone is pleased that the lorries have stopped parking opposite the junction and bus stop but parking lorries in a line on Brooksise Avenue isn't safe and is causing friction between residents and the developers.  Telford & Wrekin's public realm officer for this area is on the case and hopefully he'll have the problems ironed out soon.
Posted by wonkotsane at 09:54

I'd like to congratulate my colleague, Denis Allen, on an excellent by-election win in the Dothill ward of Wellington Town Council last night.

Denis secured 46.25% of the vote yesterday, taking more than double the number of votes of the second-placed Labour candidate.  The Conservatives, who previously held the seat, were in third and one of my fellow Brookside parish councillors, David Holloway, came last for the Lib Dems.

There's more snow forecast for this afternoon and freezing overnight so the side roads are going to be pretty awful in the morning.  If you haven't already cleared your footpath/drive/car then this afternoon is probably the best time to do it.

The main roads around Telford are pretty clear at the moment - the gritters have done a brilliant job of keeping the roads clear.  Two gritters have overturned in Shropshire this weekend (none in Telford) so it's worth remembering that these gritter drivers are putting themselves a risk to make sure the rest of us have safe roads to drive on.
Posted by wonkotsane at 14:09

Email ThisBlogThis!Share to TwitterShare to FacebookShare to Pinterest
Labels: Snow 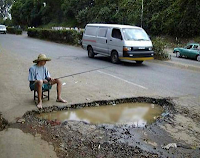 The temporary repairs to the potholes on Stirchley Interchange have proven to be very temporary indeed with several of them opening back up again in the heavy rain.

I am waiting for details of a capital works programme that includes road repairs for Brookside due to start in April before I report any more problems with road damage.
Posted by wonkotsane at 07:45 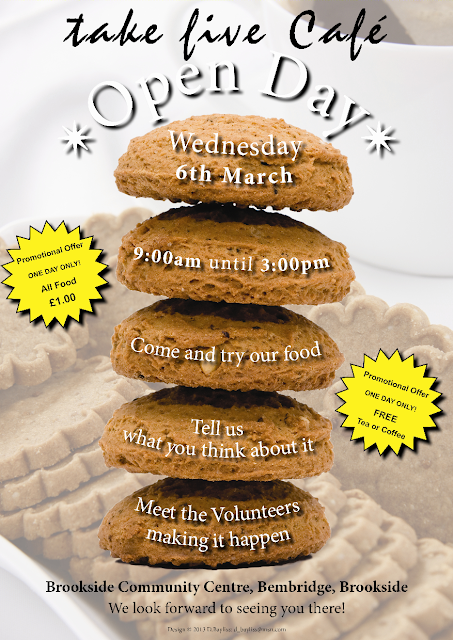 I went out with a couple of my children yesterday to deliver leaflets for the new Brookside Community Café and ended up walking round Cygnet Drive and Lake End Drive and then down by Holmer Lake and Tadorna Drive.

We ended up walking 3 and a half miles in the end which, with my knackered knees, ended up half killing me!  I was still hobbling round when I went to bed last night but it was nice down by the lake in the sunshine watching the swans and moor hens. 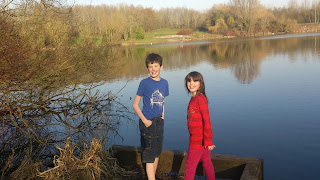 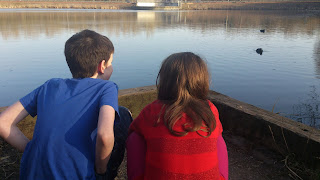 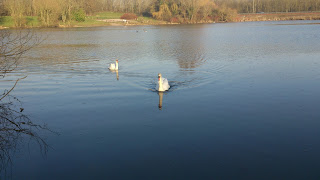 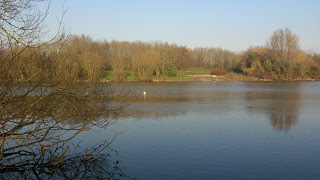 I've worked late 4 out of 5 days this week and had meetings on 3 of them - the meeting with the architects designing the new community centre on Wednesday started at 6pm and I didn't finish work until 5:30!  That means I haven't spent much time with my poor family this week so this evening we went to watch Telford Tigers play Bracknell Bees.

We went to watch the first game of the 2011-12 season (my first ever ice hockey game) last year and saw a 7-0 loss.  This time we were treated to a hard won 4-2 victory for the Tigers and they played brilliantly.  One of my colleagues is a bit of an ice hockey aficionado and apparently Bracknell Bees are a good team so we must have been lucky charms!

If you're looking for an exciting evening I would definitely recommend going to watch Telford Tigers.  Especially if you have kids.
Posted by wonkotsane at 21:52